TEDxBath: Echoes of the City

“How I see Music Using Code” 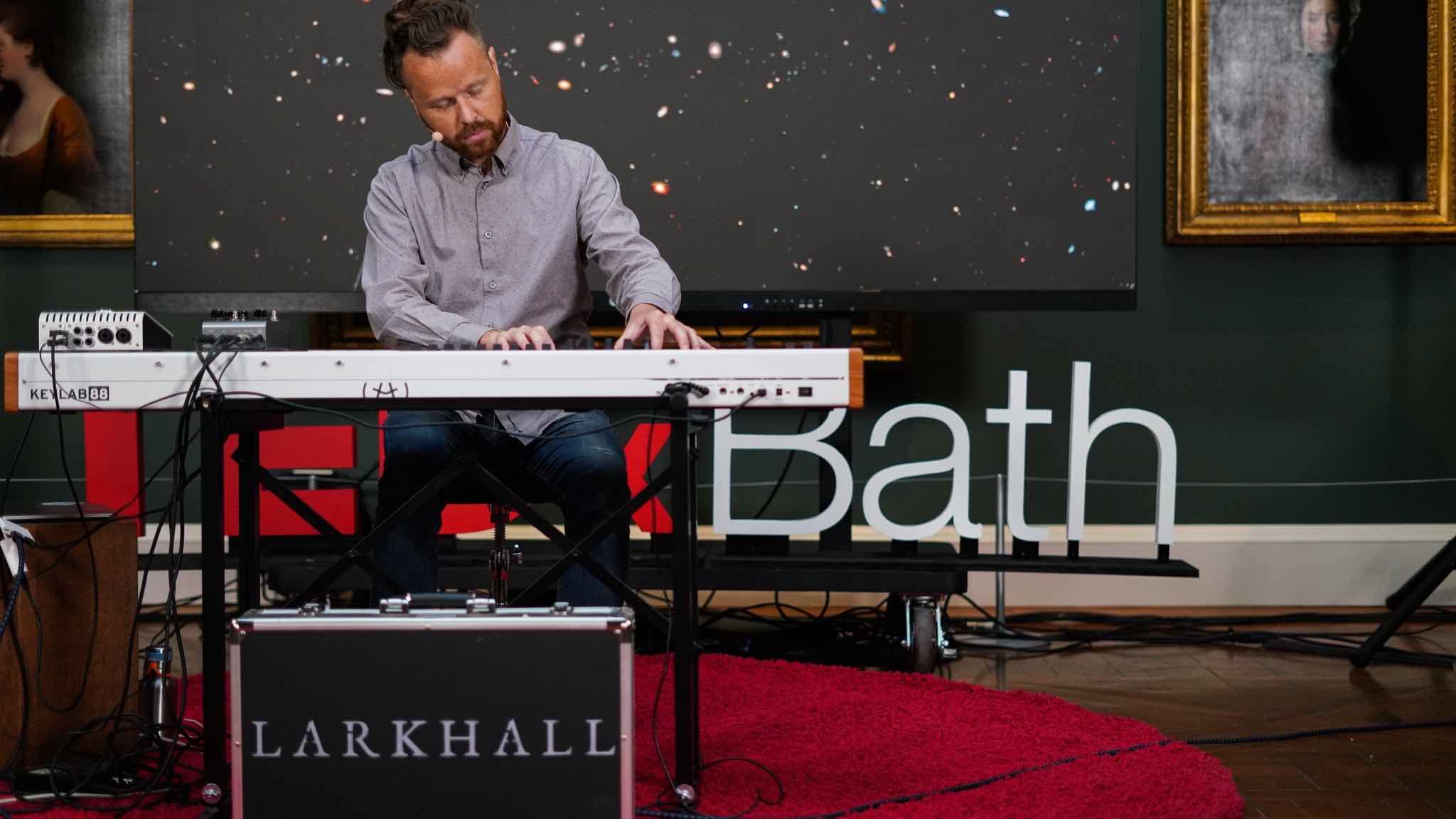 How can we see music? When we look up at the stars are we witnessing a celestial orchestration? We all have the power to make music. In a world full of data what music are we each making and do we know what it sounds like? Neoclassical composer/pianist Larkhall weaves technology into his live performance through computer-generated visuals created algorithmically from his music as he plays, resulting in “vividly beautiful,” “enchanting” compositions (Hämeenkyrön Sanomat / Chicago Sun-Times).

He has collaborated with multi-Grammy-award-winning ensemble eighth blackbird, and as a concert pianist won a prize for new music in the International Shostakovich Piano Competition. His cultural-commentary tech-intervention Cuddlr saw 250,000+ downloads, global press coverage, and a spot in WIRED magazine’s top 100 apps. His algorithmic video work has screened at the Shanghai Expo and Museum of Rome, and his contributions to music-recognition app Shazam are used by 400+ million people and featured as Apple’s App of the Day. This talk was given at a TEDx event using the TED conference format but independently organized by a local community. Learn more at https://www.ted.com/tedx