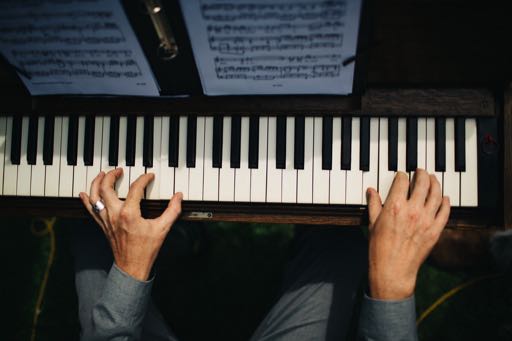 In the summer of 2001 I competed in the International Shostakovich Piano Competition in St. Petersburg, Russia. It was an incredible experience and I was fortunate to win a jury prize for ‘bringing new music to the competition’— I was the only contestant to play a piece from the second half of the 20th century, and as a way of underscoring the point, my ‘Romantic’ piece was a Scriabin sonata from 1901. (If you haven’t spent time in the world of classical piano competitions, the ridiculousness of that might not be readily apparent. Trust me, it is a mad thing that is Just Not Done and in retrospect I’m glad the jury liked my performance enough to overlook my memory slips on the Bach.)

Later that summer I took part in a chamber music symposium co-sponsored by The Julliard School and the Conservatoire in Leipzig, Germany, at which I also had the good fortune to perform the piece I’m sharing here, Frederic Rzewski’s ‘Piano Piece #4’, which makes up in exuberance what it lacks in an original title.

Still later I met him in Brussels for dinner, which inadvertently set up a chain of events leading to me having children with three passports.